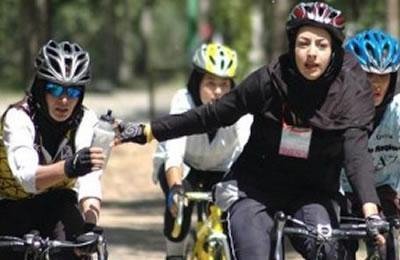 Security agents prevented entry of female bicyclists to Torghabeh Shandiz town because of their clothing.

The Public Prosecutor of Torghabeh Shandiz announced that the town would control and prevent entry of mal-veiled bicyclists, the state-run Mehr news agency reported.

Javad Shokri added: “Some women used to be seen in Torghabeh Shandiz who did not have proper clothing on the roads. Their entry was prevented. I reiterate that mal-veiled bicyclists will be stopped and dealt with.”

Iran: New call to up pressure of veiling on women and girls