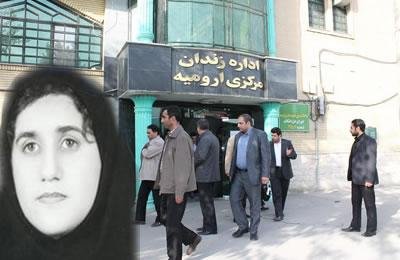 Afsaneh Bayazidi, a student from Boukan (Iranian Kurdistan), has been detained under torture in the Intelligence Department’s prison in Orumiyeh.

After two months of having no information on her whereabouts, Ms. Bayazidi’s mother was informed on the phone on June 17, 2016, that her daughter is held in Orumiyeh’s detention center without undergoing any trial.

Ms. Bayazidi was arrested at home on April 24, 2016, by security forces who did not show any warrants, but ransacked the house and impounded her possessions.

Ms. Bayazidi had been previously arrested in October 2015 by the IRGC Intelligence on the charge of spreading propaganda against the government and insulting the mullahs’ supreme leader. She was later sentenced to two years in prison, but a review court suspended her detention sentence and she was released on December 29, 2015.

Iran: Appeal of a bereaved mother