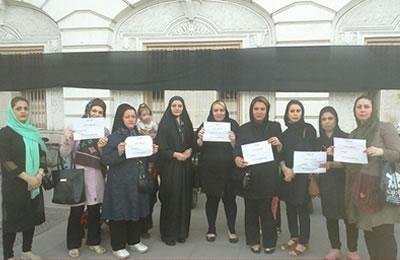 The protest coincided with the Iftar ceremony of the city’s mayor where he hosted 3000 people. The protesters said these luxury parties are held while their wages are not paid and they are living below the poverty line.

Iran: Appeal of a bereaved mother