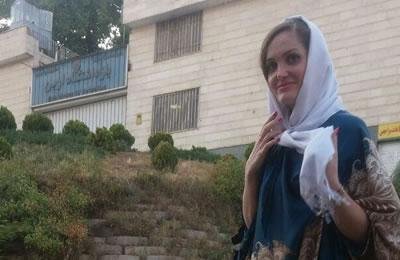 Maryam Naghash Zargaran was granted a medical leave on June 6, 2016, after 11 days of hunger strike when she protested the undetermined state of her case, deprivation from medical treatment, and cancellation of her conditional release.

This new Christian convert was sentenced to 4 years imprisonment on the charge of acting against national security. Her charges have not been officially relayed to her, but she is presently serving the four years in Evin’s women’s ward.