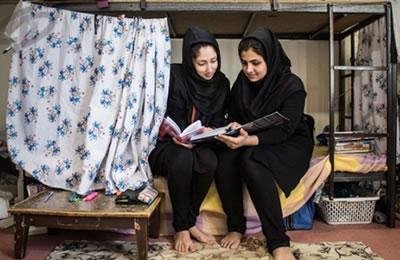 A student activist from Tehran University announced that female students protested the rigid disciplinary rules imposed on their dormitories.

She said a total of 5000 students live in two dormitories allocated to female students of Tehran University. Most of them oppose the discriminatory and illogical rules on the students residing in these facilities. Since one and a half years ago, and without prior information, they started giving a form to any girl who arrives later than a specific time. In this way, they make her sign the form and give written commitment that she would not be late anymore. This is while there is no similar rule for boys.”