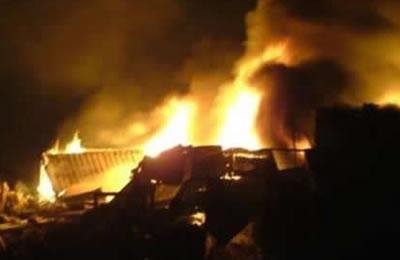 Camp Liberty was attacked Monday night, July 4, at 8.30 local time by a barrage of more than 50 missiles, causing major destruction and fire in the Camp, and wounding at least 40 of the residents.

Camp Liberty is the seat of the main Iranian opposition force, PMOI/MEK in Iraq, which is led and commanded by women. Hundreds of women reside in this camp which was attacked on July 4, in the final days of the month of Ramadan and on the eighth day of an inhumane siege blocking entry of food, fuel and medicine for the residents.

The attack was carried out by Iraqi militias affiliated with the Iranian regime’s Quds Force.

She demanded added urgency for the United States and the United Nations to take action to guarantee and provide security and safety for the residents of Liberty until such time when all of them have departed Iraq.

She said that the missile attack demonstrated that the Iranian regime’s fear of the PMOI and the Iranian Resistance, which it views as an existential threat.