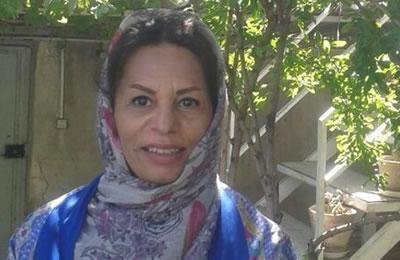 The Iranian Judiciary sentenced 10 women each to three months jail and 10 lashes of the whip for “disrupting public order”.

Zahra Sadat Ibrahimi, a follower of prisoner of conscience Mohammad Ali Taheri’s “Erfan Halghe”, announced that the verdict was relayed to their lawyers in mid-June 2016.

These women were arrested on November 23, 2015, near Tehran’s Evin Prison before holding a gathering.

Ibrahimi said, “A number of Taheri’s supporters had been gathering every weeks outside Evin to protest against his detention and death sentence. I was arrested on November 23, 2015, immediately after I got off the car. The agents pulled another women out of a taxi. They took all of us to the third branch of Evin Prosecutor’s Office.”

“The judge interrogated all of us, insisting that we had received money from Taheri. I objected to his argument. Then the judge threatened to issue a seven-year prison sentence for me. I and the nine other women were subsequently transferred to Qarchak Prison where we were kept among prisoners charged with drug related crimes and murder,” she added.