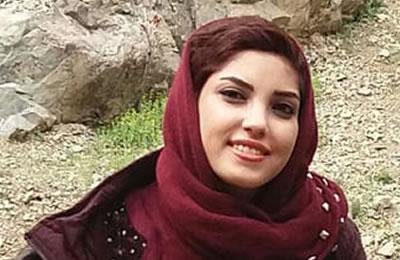 Civil activist Shima Babaii was summoned by the Intelligence Ministry for the fourth time on Monday, July 11, 2016, for interrogation.

The 21-year-old civil activist was arrested earlier on May 25, 2016, in an IRGC raid on her residence and taken to Evin Prison. ‌Babaii was later released after a widespread campaign for her freedom. However, she has been summoned and interrogated several times since then.

She is charged with “anti-government propaganda” and “insulting the leader” which she has denied.