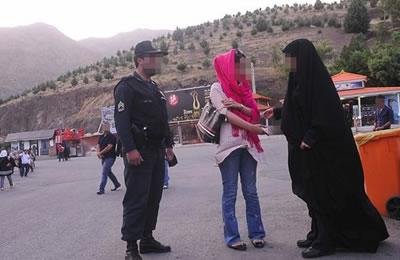 “The seminaries’ silence and failure to fulfill their duties will lead to even more undesirable conditions on Hijab (veiling).”

The warning was issued by the head of Tehran’s Seminary Council in an attempt to bring even more pressure on women. He added, “If we waste more time, everything will crumble and be lost.”

This is one of a series of warnings issued by the regime’s officials terrified by Iranian women’s defiance of the compulsory veiling code. They believe women’s failure to conform with the veiling standards poses a direct threat to the country’s national security.