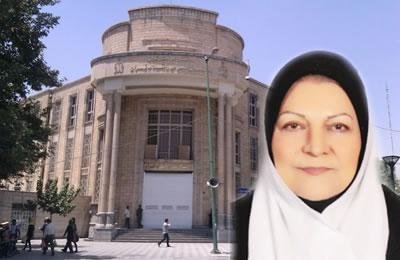 The lawyer of a number of Iranian political prisoners was forced to quit after security agencies created obstacles and problems for her.

Ms. Giti Pourfazel said she had been “summoned and forced to promise in writing not to have interviews about her clients.” This was among the pressures that pushed her to quit.

“In the Intelligence Ministry, they asked me to write that I will not have any interviews, will not speak and will shut up! I wrote that such commitment is illegal because it is not said anywhere in the law that one is prohibited to have interviews with foreign media.”

Giti Pourfazel graduated from Tehran University’s School of Law. She received her license to practice law on April 20, 1977, and subsequently left for France to continue her education. She returned home the next year simultaneous with the anti-monarchic revolution in Iran. The Iranian regime overrode her and many other lawyers’ licenses in 1983. She finally got her license revalidated 14 years later, in 1997.

Ms. Pourfazel started representing cases of political prisoners and prisoners of conscience in 2007. One of the most controversial cases she represented was the case of blogger worker Sattar Beheshti, who was slain in Evin Prison in 2012.

Iran: Women's veiling pointed out again as a security issue