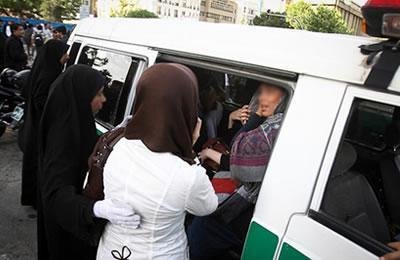 A state-backed mullah openly called on the Revolutionary Guards Corps (IRGC) to intervene in order to control women in the streets.

Mousavi Isfahani said, “We ask IRGC to have social controls on hijab in step with the State Security Force.”

He announced that in the city of Hamedan, alone, 24 agencies are controlling women’s veiling. Mousavi Isfahani reiterated, “We announced that managers have to control their staffs’ veiling but nobody did so! Promoting virtue and prohibiting vice is not something that could be limited only to the streets.”