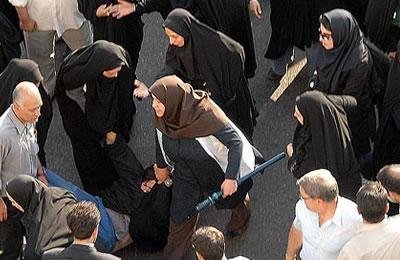 Commander of women in the para-military Bassij force defended the conduct of the State Security Force in stepping up suppression and arresting women on the streets.

Minoo Aslani said, “We see that some artists are not complying with the standards of virtue and veil. However, no effective measure is undertaken by the Guidance Ministry officials when there is a violation.”

She added, “The bodies in charge of attending to the veiling condition in the country are not doing their job. Those who criticize the State Security Force over dealing with mal-veiled women are actually attempting to cover up their own weak conduct and lack of attention to this issue.”  (State- run Mehr news agency – July 17, 2016)