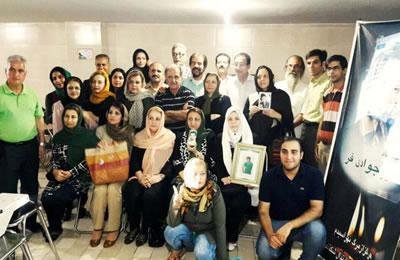 The seventh anniversary of Amir Javadifar’s martyrdom was honored by a group of mothers of martyrs and political prisoners at his residence, on July 13, 2016.

Amir Javadifar, born on September 14, 1984 in Rasht, was slain during the 2009 uprising. The day before being arrested and abducted, he had been injured in the nose and neck as a result of beatings by guards and hospitalized in a Tehran hospital. He was subsequently taken to Kahrizak Prison where he was killed under torture on July 13, 2009.