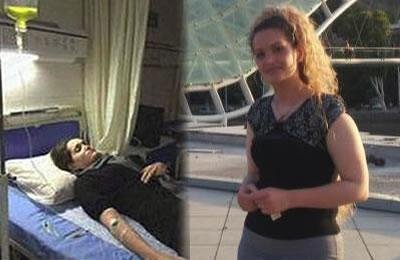 Prisoner of conscience Maryam Naghash Zargaran is in dire health conditions on the 14th day of her unlimited hunger strike. She went on hunger strike to protest security forces’ denying her unconditional release from prison.

Ms. Zargaran, 35, was arrested in winter 2013 after being summoned on the charge of acting against national security. Her residence was simultaneously raided.

She was later charged with dissemination of anti-government propaganda and subsequently sentenced to 4 years in prison.

Ms. Zargaran has been detained since July 15, 2013, in Evin Prison, except for a short leave that she won after 11 days of hunger strike to receive treatment for her various illnesses.