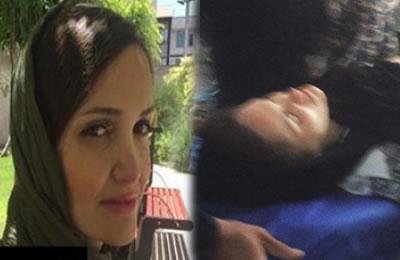 This was announced by Ms. Zargaran’s mother, Zahra Pournohi Lagroudi. She added, “On Wednesday July 20, 2016, Maryam went to the prison’s dispensary upon her friends’ insistence and received a serum. However, when I asked her to end her hunger strike, she said she would never break her strike until she is free.”

“I referred to the Prosecutor’s Office to follow up her case but as usual, they gave me no answer. My daughter has been on hunger strike for 16 days which is very harmful and dangerous for someone with heart ailment,” added Ms. Lagroudi.

Ms. Zargaran, a children’s music teacher, has been on hunger strike since July 5, 2016.

She was arrested on November 5, 2012, and subsequently transferred to Evin Prison. She won a short medical leave on June 6, 2016, after 11 days of hunger strike to receive treatment for her various illnesses but was subsequently returned to prison on June 27, without completing her treatment.

Iran: Collective arrests in a party