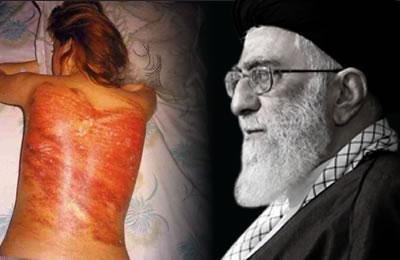 The strongly-worded remarks of Ali Khamenei were revealed in a gathering in Mashhad yesterday, July 21, 2016, on compulsory veiling for women.

The revelation comes in the wake of various plans implemented over the past months in Iran to step up suppression of women by plainclothes patrols under the pretext of the month of Ramadan, summer, and etc.

The speech had been originally made to the Council of the National Popular Front for Virtue and Veiling on May 9, 2016, and apparently inspired the past months’ numerous repressive campaigns against Iranian women.

To show the intensity of the regime’s toughness in this regard, he said, “We cannot sanction sale of alcoholic drinks but tell people not to drink! The Prophet has set flogging as punishment for (drinking alcohol). Therefore, we must not suffice merely to a verbal prohibition.”

It is now clear that Khamenei’s remarks have inspired the numerous campaigns of flogging and arrests against women over the past months.

In addition, it was revealed that after the failure of 26 official agencies, the vice patrols and the plainclothes patrols in enforcing the compulsory veil, the regime has formed a new “front” to counter women’s resistance against the Iranian regime’s mandatory dress code for women.

It was also revealed in the Mashhad gathering that “a total of 301 institutes with various capacities are active in imposing compulsory veil on women.”