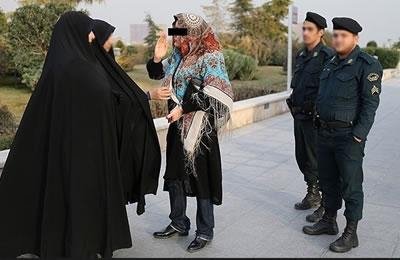 Iran: A new plan to crack down on women of Gilan

A new suppressive plan has been launched in the Northern Province of Gilan to impose even further restrictions on women.

The plan, entitled of “Innocent Gilan,” is implemented in 48 recreational and tourist areas and beaches. Deputy Chief of Police in Gilan Province, Jafari Kheirkhah, said, “Veiling and Virtue are the trenches for social security.”

Jafari Kheirkhah pointed out that a wide spectrum of people are deployed for implementing this plan. He said, “The Innocent Gilan plan makes use of clergymen, sisters and brothers of Bassij and honorary police forces.”

Meanwhile, in the neighboring Mazandaran Province, the Friday prayer leader of Babol complained about lack of sufficient accommodations for subjugation of women.

Shekarian lamented, “Unfortunately, neither the previous administrations nor the present one, do not have a serious approach to the problem of hijab (women’s veiling) and they do not get involved seriously. We expect that the parliament, the government and the judiciary be more sensitive to this issue.”  (State-run Balagh News website – July 22, 2016)