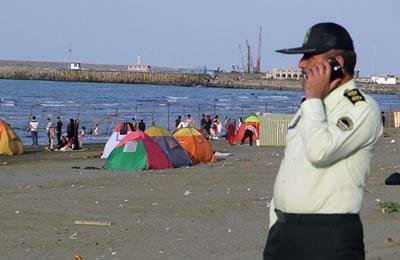 This was announced by Mahmoud Mirfeizi, SSF Commander in this northern Iranian province. He said, “In line with social security maneuvers, 102 plans will be implemented in 72 points of Mazandaran’s beaches.”

“160 NO-swimming zones and 320 other locations have recognized as NO-swimming areas because of veiling considerations. We will firmly deal with the violators according to the law,” he added. (State-run Mehr news agency – July 23, 2016)