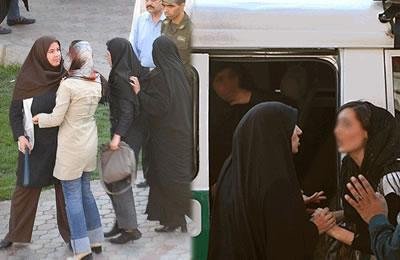 The UK Foreign and Commonwealth Office published a report on July 24, 2016, on the human rights situation in Iran,

in which it stressed on Rouhani’s failure to deliver on his promises to improve the situation of women in Iran. The “Iran-Human Rights Priority Country” wrote in part:

Iran’s human rights record continued to cause great concern. President Rouhani pledged to improve the rights and freedoms of the citizens of Iran when he was elected in 2013. He also promised reforms on discrimination against women and members of ethnic minorities, and on greater space for freedom of expression and opinion.

However, there has been little evidence of positive change.

In some cases, the situation in Iran appears to have worsened. The high number of executions is of particular concern. The UN Special Rapporteur for Human Rights in Iran believes that between 966 and 1,025 people were executed in Iran in 2015, a substantial increase on 2014 and the highest number in over a decade….

Women do not enjoy the same rights and privileges as men in Iran and continue to face discrimination. For example, married women need the consent of their husbands to leave the country and can be banned from travelling abroad if their spouses do not sign the paperwork needed to obtain or renew a passport. In September, one of Iran’s best female football players, Niloufar Ardalan, was refused permission by her husband to travel to Malaysia for a tournament.

While some religious minorities are formally protected in the constitution, the reality is that many non-Muslims face discrimination and attempts by Muslims to change their faith may lead to criminal prosecution. For example, there are regular reports of the arrest of members of Christian “house churches” and in 2015 a number of Baha’i-owned businesses were reportedly closed by the authorities for observing non-sanctioned holy days….

We welcome the renewal of the mandate for the UN Special Rapporteur in Iran. We will continue to support this mandate and hope that Iran uses the opportunity to engage with the UN.

Nayyer Nassabi: I discovered my cause in the face of adversity