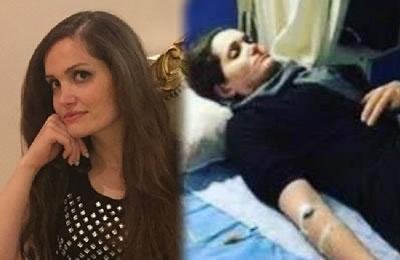 On her 22nd day of hunger strike, Christian prisoner of conscience, Maryam Naghash Zargaran was taken to the prisons’

dispensary as her health condition deteriorated.

Although the forensics confirmed that she has a heart problem, she is still denied medical leave.

Ms. Zargaran was granted a medical leave earlier on June 6, after 11 days of hunger strike on a 100-million-touman bail, but she was returned to jail on June 27, 2016, as the authorities did not agree to extend her leave for completion of her medical treatment.