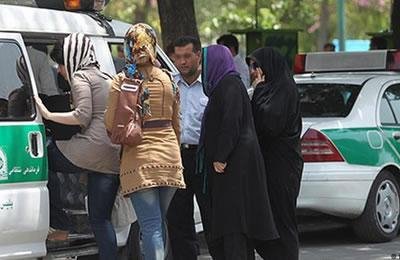 Isfahan Province is in a desirable state regarding (women’s) veiling compared to other provinces.”

The SSF Commander of the central province of Isfahan made the above remarks to defend crackdown on women in the streets.

Assemi Added, “The plan included dealing with women’s dropping their veils while in their cars,  mal-veiling, street women, and commercial businesses that display mannequins behind their windows.” (State-run Rokna website – July 27, 2016)

Iran: Only 16 out of 3000 job opportunities are for women