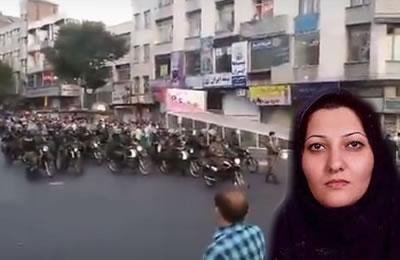 Hundreds of Azerbaijani citizens gathered on July 26, 2016, to protest against the denigrating stories published in Tarh-e No newspaper against the Turks.

The State Security forces attacked and beat up the protesters and arrested a number of them.

Ms. Roghieh Alizadeh was also arrested while taking film from the rally and her mobile phone confiscated.

Ms. Alizadeh is the wife of labor activist and former political prisoner Abbas Lessani who had been arrested and imprisoned on September 19, 2011, while protesting the drying up of Orumiyeh Lake in Ardebil.