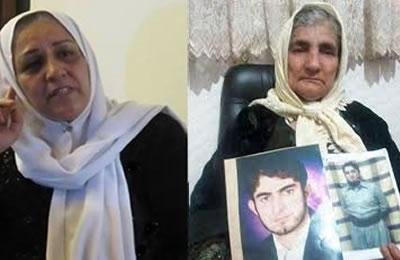 Iran: Execution is an act of barbarism

In part of her post, she wrote, “I met four family members of this young man last year. His father was no longer able to walk and his brother and sister were not better. However, his mother’s eyes were looking for a way to save her love.  A love who has remained for years incarcerated and out of access. The woman has lost her younger son Bahram, in a dark cold night when he was only 19, and now this is the second son on the verge of execution.”

Ms. Pakravan added, “I wish we could save this woman from this torture. I think the only way is for all of us to say “No to executions.” We must use every opportunity to protest against executions and untie a noose from a prisoner’s neck. We must do whatever we can to stop the wheels of this murder machine. To abolish the death penalty, we need to cooperate and we need to have solidarity. Living in the third millennium while we know that every execution is an act of barbarity, we must say NO to executions by the gallows or in a silent way!”

Ms. Pakravan’s daughter, Reyhaneh Jabbari, 26, was a young interior designer who was executed in November 2014, for defending herself against rape by a senior Intelligence Ministry official and for refusing to collaborate with the regime.