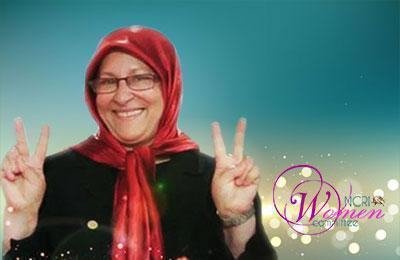 Symbol of patience and sense of responsibility

Tayyebeh (Azam) Rahmani passed away on July 24, 2016, in a hospital in Albania after a long struggle against cancer.

A member of the PMOI Central Council and the National Council of Resistance of Iran, Ms. Rahmani devoted nearly four decades of her life to the struggle for Iran’s freedom.

Tayyebeh Rahmani was born in 1954 in Tehran. She studied Child Education and worked as a teacher.

She got to know the PMOI during the 1979 Revolution which toppled the Shah of Iran and began her political and social activities in those days. She helped expose the tyrannical nature of Khomeini and his regime.

Ms. Rahmani lost her sister, Zahra, and her brother, Mohammad Ali, in the course of massive executions of opponents in 1981 and 1982, respectively.

In the following years, Ms. Rahmani drew on her education and professional expertise to play an effective and valuable role in running the schools and educating the children of PMOI members.

Since 2003, she was one of the 1,000 heroines who remained steadfast in camps Ashraf and Liberty in Iraq and defended the aspirations of the Iranian Resistance for freedom and democracy.

After moving to Camp Liberty, doctors found out that Ms. Rahmani had cancer, but her treatment was hampered due to the inhuman medical siege imposed on the camp residents.

In May 2013, her name was given to the UNHCR and US officials in the list of persons who needed to be urgently transferred to Europe for treatment. She was finally relocated to Albania in September 2015 where her treatment immediately began.

Her high spirit and strength in the face of her aggressive illness was amazing to doctors. Nevertheless, she passed away after a long fight with cancer and joined her fallen siblings and comrades.