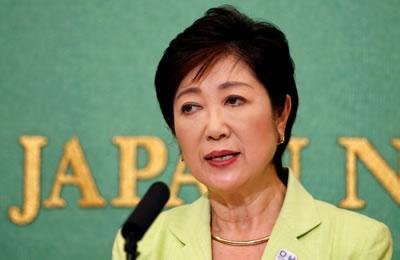 She immediately vowed to get a grip on the megacity’s troubled 2020 Olympic preparations.

The former TV anchorwoman, defense minister and environment minister told her supporters, “I would like to move forward with a metropolitan administration such as has never happened, never been seen, together with all of you.”

The sprawling city of some 13.5 million people faces a plethora of problems such as an aging population, daycare shortage, and the ever-present possibility of a big earthquake. But a big issue in the campaign was the 2020 Olympics, which Japan hopes will spur its economy, struggling to escape decades of deflation.

Koike graduated from Cairo University in 1976 in sociology and worked as an Arabic interpreter before going into journalism.