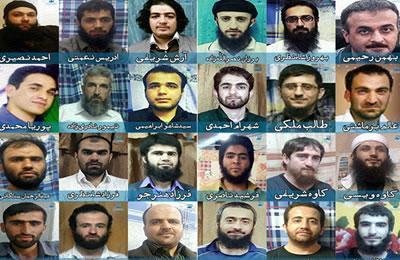 who were simultaneously hanged on Tuesday morning, August 2, 2016, in Gohardasht Prison, Karaj.

In the wake of the executions, the NCRI President-elect Maryam Rajavi called for prosecution of leaders of the Iranian regime in the International Criminal Court for their crimes against humanity, including the barbaric execution of our Sunni brothers. She also called on Shiite and Sunni clerics around the world to condemn this anti-human and anti-Islamic crime.

The regime’s Judiciary had told the families of prisoners that they had time until 3 p.m. Tuesday afternoon to go to prison for a final visit with their children. However, before they arrived, the Ministry of Intelligence contacted the families and said they should go to the Coroner’s of Kahrizak to receive the bodies of their children.