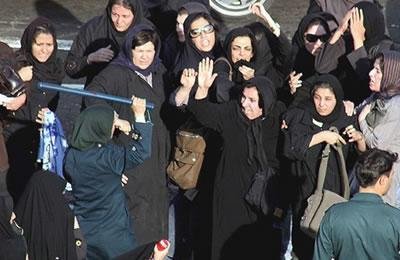 Some 9.2 million women are members of the Bassij paramilitary force and they are engaged all across the country in most mosques and neighborhoods. They have remarkable activities with regards to women’s veiling and virtue.

This was declared by Minoo Aslani, head of the women’s section of the paramilitary Bassij, a branch of the Revolutionary Guards Corps, actively involved in suppression of society and particularly suppression of women.

The announcement of such exaggerated figure is attempted to terrorize the society in line with nationwide campaigns to suppress women and impose the compulsory veil because the majority of Iranian women have resisted the clerical regime’s coercion and turned into a national security and existential threat for the mullahs’ rule.