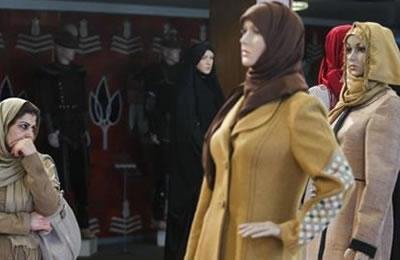 Chairman of the Business Chamber in Hamedan announced that 18 apparel stores had been plumbed in the city.

One of our most important plans is to deal with the sale of manteaux that have designs or are open in front. (State-run Tasnim news agency – July 31, 2016)

In another development, Police Chief Helali in charge of supervision of public places said: Production, distribution, sale and use in public of attires baring signs that belong to anti-Islamic groups is considered a crime.

According to Helali, violators will be punished with three to six months jail and cash fine between half a million and one million rials.