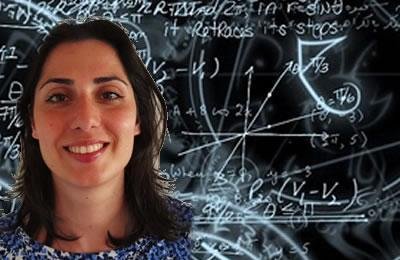 She was awarded the prize for her outstanding research regarding the development and analysis of numerical algorithms for partial differential equations with a focus on applications to problems with dynamically changing geometry.

Ms. Zahedi received her Master of Science in 2006 and has been an Assistant Professor in Numerical Analysis, at the Royal Institute of Technology (KTH) in Stockholm, since 2014.

Sara Zahedi was born in Tehran in 1981. She lost her father in the resistance against Iran’s ruling regime and has been living in Sweden since she was 10.

She has been particularly interested in mathematics since her childhood. “I knew nobody and did not understand Swedish but mathematic was a language communicative to me.”

Ms. Zahedi believes that everybody can understand mathematics. “We should approach young age groups and show them how mathematic can be useful in the real world.”