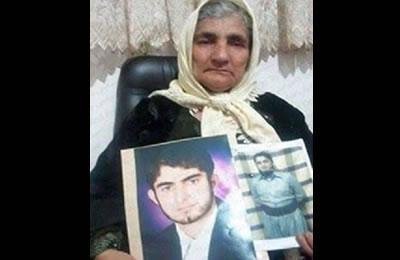 Iran: Women in solidarity, “Keeping our heads up”

In the wake of the appalling executions of more than 20 Sunni, Kurdish political prisoners on Tuesday, August 2, 2016, a large number of anti-death-

penalty activists and other bereaved mothers from across the country declared their sympathy and solidarity.

Political prisoner Atena Da’emi who is on temporary leave, wrote, “Last week, I received a necklace from Shahram Ahmadi in Rajaii-shahr Prison, and today, he was executed along with Farzad Honarjoo and others. Tomorrow, I will be tried again for opposing the death penalty, but I will go to the court with my head up, just like Shahram went to the gallows. I will go to the court whispering the mantra, “no to executions” and will condemn massacres wherever they might happen in the world.”

Sholeh Pakravan, activist mother who opposes the death penalty, addressed the mothers, sisters and wives of those executed, and wrote, “I would not express condolences as I know it would not calm your burning hearts. But I would ask you to look around and see so many women mourning the loss of their loved ones. I would ask you to chain our hands, demand justice and sing, ‘long live life.’ ”

Also, the mother of two Baluchi political prisoners, Abdol-Vahhab and Abdol-Basset Rigi, from the southeastern province of Sistan va Baluchistan, wrote a letter to Shahram Ahmadi’s mother. Her letter reads in part, “I feel your pain and I know it is hard. My son, Abdol Basset went sooner than the other, just like your younger son, Bahram …

I had not yet recovered from this pain, when they raided the Central Prison of Zahedan and executed my other son, Vahhab along with his friends… And I still wonder, what the crimes of my sons were which merit their being killed.

It is hard for the rulers to see young Sunni men stand up to them. So, stand up and straight, keep your head up, and show the enemy that we are not afraid of losing our beloved ones.”

It should be noted that the wife of Shahram Ahmadi protested the unjust hanging of her husband on Tuesday right after the executions took place. She wrote to Mr. Ahmad Shaheed, the UN Special Rapporteur for human rights in Iran, “They arrested my husband for a crime that he had not committed. All the documents are available. If they are honest and are telling the truth, why don’t they hold a fair trial and broadcast it on TV, of course with an impartial judge. Not a judge that issues death sentences for 10 people in just 5 minutes.”