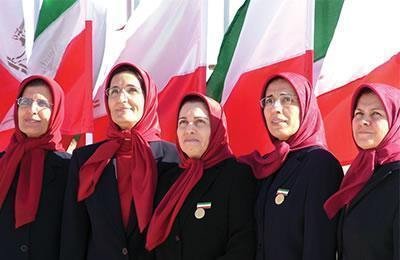 August 5, 1993, marks a milestone in the struggles of the main Iranian opposition force, the PMOI/MEK, and the Iranian women in general.

Twelve years after the beginning of the Iranian Resistance when Iranian women endured tremendous suffering and torture in their struggle for freedom and democracy but remained steadfast; and four years after Maryam Rajavi became the PMOI’s Secretary General in 1989, such a queue of battle-tested women were recognized as best qualified to rise to the movement’s leadership.

As a result of the struggle of these pioneering women and such a major achievement, the world witnessed the hegemonic role of Iranian women in the course of the 2009 uprising. In fact, three major elements steered women in that path: years of struggle for freedom and equality; the misogynist nature of the ruling regime; and the presence of an organized resistance with gender equality as its ideal.

Another place where the maturity and impact of women’s leadership and equal participation could be seen is the 14-year steadfast perseverance of the PMOI/MEK in Iraq, beginning in 2003 when US invaded Iraq.

This was a time when the prospects for victory looked grim. The balance of power in Iraq and the region was clearly not in their favor. Still, they led the movement at such volatile times with no past lessons or precedents to draw on. Through their own vigilance, correct decision-making, risk taking and self-sacrifice, they weaved the cloth of this endurance at every turn.

Women’s leadership, put to test 14 years in camps Ashraf and Liberty, succeeded in the face of great adversity with courage, endurance and respect for moral values. The men in this movement, who in their struggle against the male-dominated culture have reached great peaks of their own, also played a significant role in the campaign of perseverance owing to their progress in the realm of humanity. Alongside 1,000 courageous women, they rose to their responsibilities in a splendid fashion.

Today, the Leadership Council has grown to become a 1,000-strong Central Council, bearing the imminent prospect of a free and democratic Iran where Iran’s men and women are equal and can equally participate in rebuilding of their country.