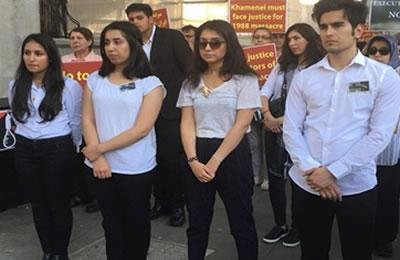 3-day hunger strike in London against 30000 massacred in Iran

Human rights activists and supporters of the Iranian Resistance have launched a three-day hunger strike since Saturday, August 6, 2016, on the anniversary of the 1988 massacre

of 30,000 political prisoners, and in protest to the escalating wave of executions presently carried out in Iran under Rouhani.

Presence of women and young activists has been noticeable in this rally.

Iran: Kurdish student tried without having access to lawyer