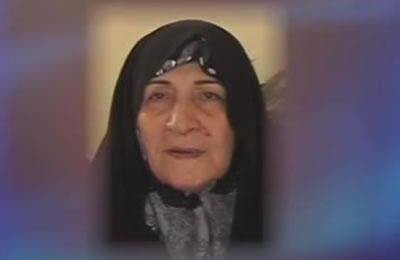 Mrs. Mohkami actively participated in the sit-ins and protests sponsored by the PMOI families in front of the Justice Ministry, in the 1980s.

Her son, Asghar Mohkami, was a political prisoner under the Shah and was later killed by agents of the clerical regime after the revolution. Another son of hers is a member of the PMOI.

Mrs. Mohkami was a patient woman who continued to support the democratic movement and the PMOI struggle and perseverance in camps Ashraf and Liberty, despite the clerical regime’s pressures on her and her family. She visited her son in Ashraf in 2004 and she was very hopeful for Iran’s freedom until her last contacts.

The NCRI Women’s Committee condoles the family and relatives of this honorable woman on her passing away.

Iran: Who will relieve this little girl’s pain?