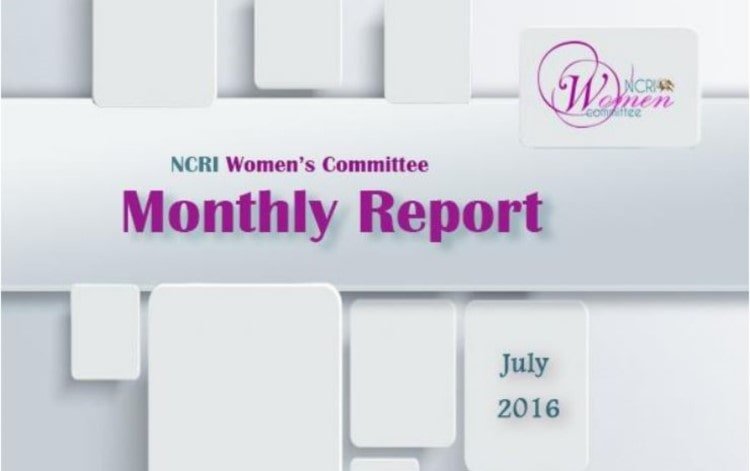 July was marked by the revelation of Ali Khamenei’s strongly-worded remarks on compulsory veiling for women.

The speech originally made on May 9, 2016, to the Council of the National Popular Front for Virtue and Veiling,

To show how tough the regime should be in this regard, he pointed out, “We cannot sanction sale of alcoholic drinks but tell people not to drink! The Prophet has set flogging as punishment for (drinking alcohol). Therefore, we must not suffice merely to a verbal prohibition.”

It thus became clear that Khamenei’s remarks had provoked the escalated crackdown on women and the numerous campaigns of flogging and arrests over the preceding months, and that his intervention in this regard indicates the vital importance of this matter for the regime’s survival.

It was additionally revealed that after the failure of 26 official agencies, the vice patrols and the plainclothes patrols in enforcing the compulsory veil, the regime has formed a new “front” comprised of “a total of 301 institutes with various capacities” actively involved in imposing compulsory veil on women.

Rouhani did not stay behind, either. He also ordered the Ministry of Interior to prepare a report in cooperation with the Social Council of the City of Tehran and prepare a comprehensive report on the situation of virtue in the country and present it to the Supreme Council of Cultural Revolution for it to work out new ways and means to impose the Hijab. (The state-run Fars news agency, July 12, 2016)  If viewed in this context, this month’s events will become more meaningful.

An unidentified woman was executed with a group of prisoners on July 17, in Ghezel-Hessar Prison in Karaj. The number of women executed under Rouhani thus reaches 69.

The Iranian Judiciary sentenced 10 women each to three months in jail and 10 lashes of the whip for “disrupting public order”. The women, including Ms. Zahra Sadat Ebrahimi, were followers of prisoner of conscience Mohammad Ali Taheri, founder of Erfan Halgheh, a mystic group. These women were arrested on November 23, 2015, near Tehran’s Evin Prison before holding a peaceful gathering in protest to Mr. Taheri’s continued detention despite finishing his term.

In a dreadful incident in the northwestern city of Mahabad, State Security forces threw a Kurdish woman off the roof and broke her leg while collecting satellite dishes in a raid on the neighborhood.

Ms. Maryam Olangi, wife of late political prisoner Mohsen Dogmechi, was summoned with her son, Navid Dogmechi, to the Prosecutor’s Office on July 24, 2016 and subsequently transferred to the Women’s Ward of Tehran’s Evin Prison.

Mohsen Dogmechi was sentenced to 10 years in prison for giving financial support to the PMOI. He lost his life on March 29, 2011, as a result of cancer and denial of vital medical treatment by prison officials. Nargess Dogmechi, Ms. Olangi’s daughter, is a member of the People’s Mojahedin Organization of Iran.

In another development, Ms. Sotoudeh Fazeli was arrested as she was leaving the country and taken to Evin Prison. A well-known former principal of Tehran girls’ schools, Ms. Fazeli is mother of Payman and Pejman Taghipoor, both members of the PMOI. She is presently retired.

In Tabriz, State Security forces attacked and beat up Azeri protesters and arrested a number of them. Ms. Roghieh Alizadeh was arrested while taking film from the rally. Ms. Alizadeh is the wife of labor activist and former political prisoner Abbas Lessani who had been arrested in Ardebil and imprisoned on September 19, 2011, while protesting the drying up of Orumiyeh Lake.

The State Security forces arrested a group of youths including eight young women on June 29, 2016, in the city of Binalood, in the northeastern province of Khorassan Razavi, on the charge of participating in a coed party.

In another fact, security forces in the central city of Damavand, arrested more than 50 young women and men for participating in a party.

In addition, some 150 young girls and boys were arrested for attending a birthday party in western Tehran on July 25.

In a report, “Health taken hostage: Cruel denial of medical care in Iran’s prisons”, published on July 18, 2016, Amnesty international provided a grim snapshot of health care in the Iranian prisons. It presented strong evidence that the Iranian judiciary deliberately prevents access to adequate medical care, in many cases as an intentional act of cruelty intended to intimidate, punish or humiliate political prisoners, or to extract forced “confessions” or statements of “repentance” from them. According to the report, “women political prisoners, at least in Tehran’s Evin Prison where the clinic is entirely staffed by male doctors and nurses, face additional barriers to accessing medical care. On several occasions women prisoners, who experienced health problems, were denied emergency medical tests or other treatment because it was deemed inappropriate for them to be treated by male medical staff. Women were also subjected to sexual slurs and harassment for failing to comply with strict veiling regulations.”

Amnesty International also pointed out that “Zeynab Jalalian, an Iranian Kurdish woman serving a life sentence in connection with her alleged membership of a Kurdish opposition group, is at risk of going blind because her treatment has been withheld.”

A report published by a lawyer revealed that Baha’ii women are tortured because of their faith. The tortures include: suspension (by hands from ceiling), dragging on the ground while hand cuffed, keeping the prisoner under rain for a long period, interrogations during the night, threatening to harass young girls and accusing them of immoral relationships, aggressive body search during transfer to the detention center, and severe beating up.

Officials of Mashhad’s Vakilabad Prison have prevented dispatch of political prisoner Nahid Gorji to hospital. She suffers from diabetes and heart complications. Her family had earlier announced that Ms. Gorji was not even allowed to receive her medications. She was subsequently sentenced to five years in prison for having activities on social media and is currently serving her sentence in Vakilabad Prison.

With the advent of summer, the numerous so-called “virtue and veil” campaigns were reinforced with plans to control the beaches and prevent women from getting into water.

Beginning on July 22, 2016, state-sponsored annual rallies were held in “the Week of Virtue and Hijab (veil)” to promote further repression of women. This year, the Cultural Council held 10 different gatherings across the Capital and in 400 locations all across the country.

The gatherings provided new opportunities for the regime’s officials to further stress on the need for suppression of women under the pretext of hijab.

The State Security Force Commander in the northern province of Mazandaran announced on July 5, 2016, that they had launched another round of maneuvers to oversee the summer holiday trips. He said some 780 patrols (on motorbikes or in vehicles) are monitoring the situation throughout the province while some 800 police force would join the SSF.

The “Innocent Gilan” plan is being implemented in 48 recreational and tourist areas and beaches. Deputy Chief of Police in Gilan Province pointed out on July 22, 2016, that a wide range of people are deployed for implementing this plan. He said, “The Innocent Gilan plan makes use of clergymen, sisters and brothers of Bassij and honorary police forces.”

The “moral security” patrols against women have been equipped with motorboats in the southern Iranian city of Dezful.  The SSF Commander in Dezful announced on July 29, 2016: “From now on, the police will control the whole inner boundary of Dez River to deal with any un-Islamic issue. The plan will continue to be implemented until the end of summer and all acts of unveiling and insecurity will be confronted.”

Despite being imprisoned, widespread arrests, and various forms of pressures and restrictions, Iranian women, girls and mothers did not relent their efforts and took advantage of every opportunity to express their protest, and even engaged in confrontation with the security forces.

A number of women in Tehran’s Pounak district clashed with the State Security forces and fought them against the arrest of a Kurdish woman.

According to reports, the SSF forces attacked a Sunni mosque on July 5, 2016 and arrested a woman. Other women in the mosque protested the arrest and succeeded to release the arrested woman from the SSF agents through a group effort.

Various groups of teachers working for the Literacy Movement staged a protest outside the mullahs’ Parliament on July 18 and 19, 2016.

The teachers came from the provinces of Ardebil, East Azerbaijan, West Azerbaijan, Zanjan and others. They spent the night outside the parliament to start their protest early in the morning.  The teachers have been working in an undetermined condition for 12 years.

A group of mothers commemorated the victims of the 1988 massacre in Khavaran cemetery. Almost 30 years past this horrible crime against humanity, Khavaran where many of the victims were buried in mass graves remains under tight control of security forces.

However, many families and human rights activists risk their own security to continue their annual tribute to Iran’s best children who gave their lives for freedom