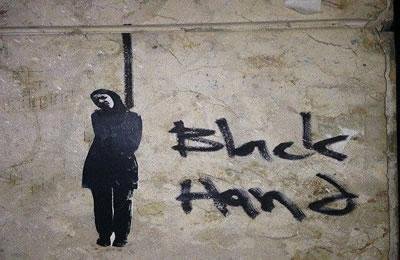 The image pictured herein has been circulating in the social media.

It shows a graffiti drawn by a young Iranian on a wall in Tehran. “Black Hand” is apparently the painter’s nick name.

The graffiti is a symbolic protest to the heavy pressure imposed on and systematic discrimination against Iranian women making their lives as difficult as death.

It should be noted that some 70 women have been officially executed in Iran under Rouhani. At the same time, Iran ranks first in the Middle East on women’s suicides.

Iran: Who will relieve this little girl’s pain?