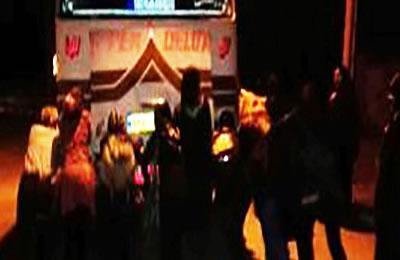 Iran: Young women athletes were lucky to get back home safe

Female athletes returning from a sports Olympiad in the southern province of Kerman faced an accident on their way back home which could have cost their lives.

According to an eyewitness, the bus rented by officials for transportation of the girls was already having technical problems. So, the girls had to push the bus both in the beginning of their journey and in the middle of the way.

In addition, in the middle of the way, they realized that the bus’s brake was not working, a situation which could end up killing them. Fortunately, the bus crashed to the curbs on the side of the road and stopped before the situation gets out of control.

Finally, the driver stopped the bus and the girls had to be transferred with another bus after an hour long wait. They arrived home at 2 a.m. (State-run Botianews.com, August 11, 2016)