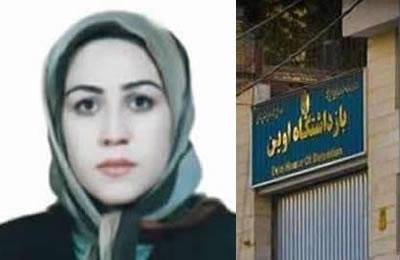 In a written response to her interrogators, Ms. Akbari stated, “Do I have to ask for amnesty when you are the ones who have separated me from my three daughters for eight years?

“My youngest daughter was four years old when you arrested me. Now, she is 12, and you even did not let me have a leave for her first day of school. Do I have to ask for pardon, while you are the ones who executed my four brothers and sister, and who arrested me while I had not undertaken any political activities and only because my relatives were in camps Ashraf and Liberty?”

Ms. Akbari’s husband, Hassan Jaafari, who was present in the court, heard Judge Salavati telling Ms. Akbari that since they did not have access to her sisters and brother (in Camp Liberty), she should serve their sentence, instead.

Mr. Jaafari added, “They did not allow us to have legal defense and Judge Salavati said that we were not entitled to legal attorney!”

Ms. Maryam Akbari Monfared has been in jail since January 2010 and without a single day of leave.