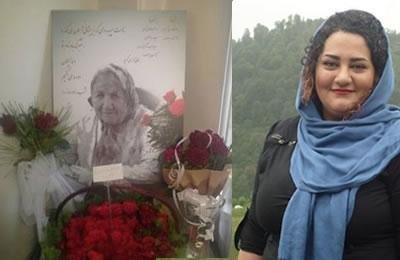 A number of families who have lost their loved ones in executions and massacres under the mullahs’ rule, got together on August 17, 2016, at the residence of Behkish family who have lost six of their children.

Some 100 people attended the ceremony despite numerous restrictions created by the regime and commemorated victims of the 1988 massacre and those who have been otherwise slain for Iran’s freedom.

The ceremony began with one minute of silence. Then Ms. Mansoureh Behkish spoke about the arrest, imprisonment and execution of her sister, brothers and brother-in-law. The wives of two victims of the 1988 massacre also explained about the executions of their husbands.

The event continued with speeches by Mrs. Osanlou whose son, political prisoner Afshin Osanlou, was suspiciously killed in prison; Ms. Gohar Eshghi, mother of worker and blogger Sattar Behesthi who was killed under torture in 2012; Mmes. Shahin Mahinfar and Hourieh Farajzadeh, whose son and brother, respectively, were ran over by an SSF patrol car during the 2009 uprising; Ms. Akram Neghabi, whose son is missing since he was abducted by the IRGC during the 1999 uprising of students in Tehran; Ms. Shahnaz Akmali, whose son Mostafa Karimbeigi was killed during the 2009 uprising; and Ms. Sholeh Pakravan, anti-death-penalty activist whose daughter was innocently executed by the clerical regime in 2014; all of whom spoke about the courage of their loved ones in standing up to the mullahs’ evil regime.

On the same day, civil and human rights activist Atena Da’emi, who is temporarily out of jail on a bail bond, wrote a Facebook post condemning the massacre of political prisoner in 1988: “We condemn execution of all human beings regardless of their school of thought. We condemn the execution of everyone who has been executed in these years, particularly those executed in 1988. We will never forget them.”

Ms. Da’emi called on all human rights activists to join the campaigns in the social networks opposing the death penalty in Iran.