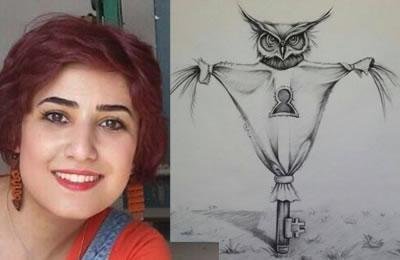 in which she lashed out on government’s conduct on the Week of Government. In a note accompanying the cartoon, Ms. Farghadani wrote:

I congratulate this week to all the statesmen!