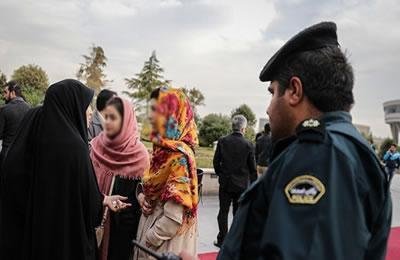 Iran: Tehran prosecutor underlines suppression of women in the streets

Tehran’s Prosecutor held a meeting on August 24, 2016, to discuss ways to impose the compulsory veil on women.

Jaafari Dolatabadi stressed on suppression and stepped up control of women in the streets.

He said one of the effective measures in dealing with mal-veiling is to impound the cars whose drivers drop their veils. He said the Prosecutor’s Office has warranted the Police to implement this order.

Tehran’s Prosecutor also focused on women’s clothing and make up, and emphasized that the Ministry of Health should dispatch inspection teams to hospitals to examine the nurses’ clothing and head coverings.

He finally called for continuation of the campaigns to suppress women. He said: The Police must prepare and submit a documented two-month report to the next meeting about its measures on women’s hijab. (state-run Young Journalists Club – August 27, 2016)

Iran: Mothers of victims honor anniversary of the 1988 massacre