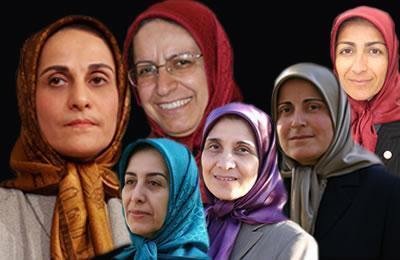 Women have become indispensable to the Iranian opposition movement in its struggle for regime change and democracy in Iran.

So, at every crucial juncture women are seen playing their crucial role in the movement. One such watershed moment took place on September 1, 2013, in Ashraf.

On September 1, 2013, as the Iranian regime was preparing to sit at the negotiating table in Geneva over its nuclear program, hitmen massacred 52 unarmed, innocent, and legally protected civilians at Camp Ashraf, the 30-year seat of the Iranian opposition, the People’s Mojahedin Organization of Iran, in Iraq.

The assault began at 5 a.m. and lasted until late afternoon. Iraqi special forces and Iranian commandos machine gunned unarmed and defenseless people while their hands were tied behind their backs and shot them in the head; a big crime against humanity by all standards.

Of the 13-woman camp leadership, six were murdered and six were abducted and taken hostage. The 52 individuals killed were part of the one-hundred people who remained in Ashraf according to a quad-lateral agreement between Ashraf residents, the United States, the United Nations, and the Iraqi government to protect residents’ properties. All of them were protected persons under the Fourth Geneva Convention and classified as “persons of concern” who enjoy “international protection” by the United Nations High Commissioner for Refugees, and they had stayed in the camp based on assurances given by the U.N., the U.S., and the Iraqi government.

The Iranian regime sought to deal a heavy blow to its main existential threat, the PMOI/MEK, prior to the negotiations in Geneva where it had to give up its nuclear weapons program in exchange for lifting of crippling sanctions. Three months earlier, Hassan Rouhani took office, a sign of the regime’s weakness inside Iran. In Iraq and Syria, the governments backed by the Iranian regime faced popular protests and international censures for chemical bombing of innocent people, respectively. The cowardly attack on defenseless people in Ashraf was therefore launched to overshadow the regime’s weaknesses at a crucial juncture.

On the anniversary of this tragic massacre, let us remember the great women – the equal human beings– who gave their lives to set an example of strength, steadfastness and devotion to the cause of freedom despite all its hardships and dangers.

Zohreh Ghaemi, 49, was the Deputy Secretary General of the People’s Mojahedin Organization of Iran. She was the leader of Camp Ashraf on the day of the massacre. She was known for her strength, self-control, and humbleness, and for her tolerance and judgment. She was imprisoned for five years in Iran for her political activities in the 1980s. In a previous assault on Camp Ashraf by Iraqi forces in 2009, she was shot in the leg. She was one of the women of the Resistance that was determined to end the oppression of women in Iran. To accomplish that goal, she empowered herself to become a leader.

Giti Givechinian, 55, Assistant Secretary General of the People’s Mojahedin Organization of Iran and Chairwoman of the Security and Counter-terrorism Committee of the National Council of Resistance of Iran. She had a B.A. in psychology and was engaged in struggle for 34 years. She was also known for her risk-taking, patience, tolerance, strength and qualifications in various fields.

Jila Tolou, 53, member of the PMOI Leadership Council. She was from Azerbaijan and had joined the movement as a university student 34 years before. She worked closely with Zohreh Gha’emi and was in charge of communications in Ashraf at the time of the massacre.

In an interview on the International Women’s Day in 2001, published as book called, “The Price of Freedom,” the Iranian Resistance’s President-elect Maryam Rajavi briefly described the process of women who engage in the struggle against the mullahs’ religious fascism to achieve freedom.

She said in this interview, “A woman achieves her rights; no one will grant her freedom and emancipation… Women must resist, so that the path of freedom [will] be opened and paved… The first step is to believe that we can… One can and must struggle to become free and free others. This is the serious reality and the spirit that runs in the veins of this Resistance and all its men and women… But we must never forget that there is a price to pay for freedom.”

Today, we remember that the price is often very high. These six sisters, and the six who are still missing after three years, are gone but the dream of a free Iran lives on. These women have set examples of noble human beings who lived a life with dignity, freedom and courage. Actually, they have not died but replaced by hundreds of others, many of them women, who will carry their torch to its final destination. Our sister’s sacrifice thus guarantees women’s equal rights and freedoms in tomorrow’s free Iran.