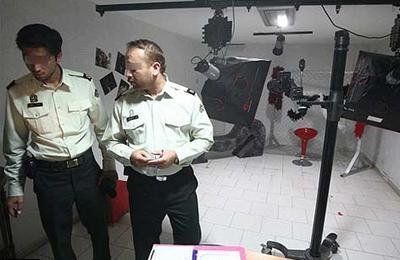 This was announced by the Prosecutor of Ardebil who said the measure was intended to deal with people engaged in the modelling business in Iran.

Atabati added, four of those arrested were active in the social networks and their equipment was confiscated. (State-run Tabnak website, August 30, 2016)