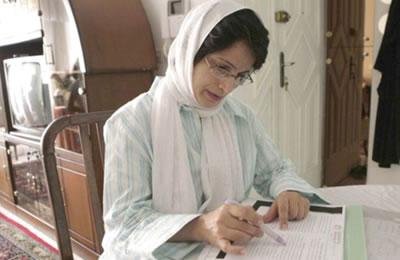 Iran: Nasrin Sotoudeh did not attend her trial

Human Rights lawyer Nasrin Sotoudeh did not attend the trial arranged for her on Saturday, September 3, 2016.

In this way, she protested her lack of access to her file in the court. She wrote in her Facebook page: “Today, I went to the Revolutionary Court to learn of my charge and study my file in the legally available time that is left. But I was asked to show identifications to be able to enter the court. After a lot of Q&A, I was told that I could enter the court, alone.”

She explained in her post that from a legal standpoint, a judicial authority should be available to the public and everyone should have free access to it without having to show identification, etc.

Ms. Sotoudeh argued that one of the most basic criteria for fairness of the due process is equal access to the judicial authority by both the plaintiff and the complainant and declared, “I would not give in to a trial when the due process is not fairly observed.”