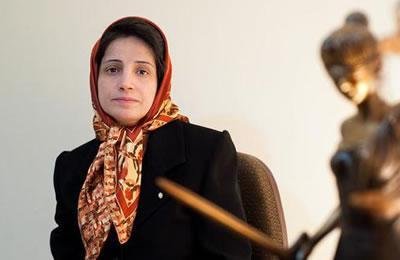 and those who ordered the massacres must be prosecuted.

In an interview on September 2, 2016, Ms. Sotoudeh stressed, “The due process for each and every one of the cases in the 1980s must be investigated.”

“If there was a breach of the due process in any of the cases, the whole prosecution is considered void and those who issued or implemented the verdict must be held accountable,” she added.

Iran: A little girl’s last visit to her father