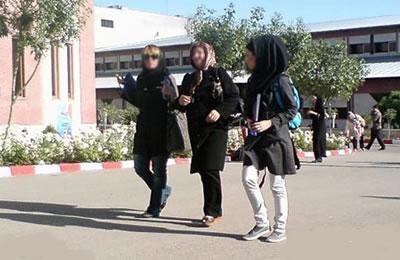 The Minister of Science and Education has sent a letter to all universities instructing them to set up committees to monitor female students’ veiling and clampdown on women in universities.

Salehi, deputy for student affairs in the University of Orumiyeh, announced, “It has been reiterated in the letter by the Minister of Education to universities, that they should be more attentive in implementing the rules on virtue and veiling.”

Accordingly, the universities are duty bound to prepare and submit a report every three months on their activities with regards to the student’s veiling to the Minister of education and Science.” (State-run Mehr news agency – September 6, 2016)

Iran: A little girl's last visit to her father