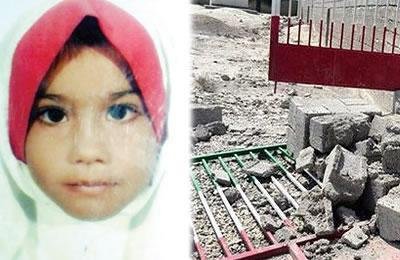 A seven-year-old girl died under the debris when a wall collapsed on her head at the school.

Fariba Chadivari and three of her friends had gone to their school in Chabahar (southeastern Iran) to obtain their books.

Aslan Chadivari, Fariba’s father, explained that his daughter and her friends were sitting in the shadow of the wall, waiting to receive their books, but the wall collapsed on them.

The girls were screaming from under the rubbles. People rush to their aide and pull out three of the girls alive, but the fourth one, Fariba, died under the rubbles and emergency aid workers confirmed her death.

Fariba’s bereaved father also revealed that the former parliamentary deputy from Chabahar had received a budget of 50m toumans for the city’s education but spent only 3 million toumans. The government’s failure to build a proper wall led to this disaster.