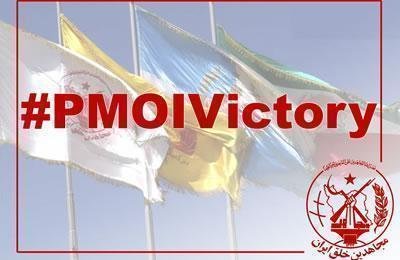 The final group of Camp Liberty residents (more than 280) left Iraq, in the afternoon of September 9, 2016.

This final round of departures from Iraq marks the successful conclusion to the four-and-a-half-year-long resettlement process despite the Iranian regime’s conspiracies, obstruction and threats, which continued to the very last day.

Exploiting the post-invasion atmosphere in Iraq, the ruling clerical regime did its utmost to destroy the PMOI/MEK. Three massacres at Camp Ashraf, five missile attacks on Camp Liberty, two cases of abduction of residents, and the imposition of a full-fledged eight-year siege, which left 177 residents dead, constituted parts of this inhumane, albeit futile, plan.

The victorious transfer of the PMOI members and regime’s major defeat in this regard, which takes place simultaneous with growing calls seeking justice for 30,000 political prisoners massacred in 1988, opens a new chapter for the Iranian people and Resistance.

In its annual declaration, adopted a few days ago, the National Council of Resistance of Iran (NCRI) commended the tireless efforts of its President-elect Mrs. Maryam Rajavi to ensure protection for the safe transfer of Liberty residents outside Iraq.

The NCRI said the support extended to the Iranian Resistance by distinguished American, European and Arab personalities provided a political shield for the resettlement of PMOI members, noting that otherwise, the Iranian regime and its Iraqi proxies would not have allowed the safe departure of even a single PMOI member from Iraq.

The PMOI/MEK is the main Iranian opposition. Led by women, it endured 14 years after the invasion of Iraq without surrendering to the Iranian regime.