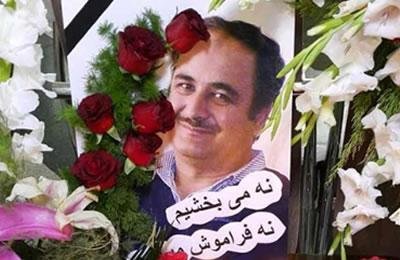 In the wake of call by activist mothers of Laleh Park to hold a memorial service for Shahrokh Zamani on the anniversary of this death,

the Ministry of Intelligence prevented the ceremony.

Mr. Zamani’s family said they were supposed to hold a ceremony for him in Tehran at his nephew’s house. They had invited a number labor activists, friends and relatives. However, the phone threats made by the Ministry of Intelligence forced cancellation of the ceremony and people were not even allowed to get together.

Mothers of Laleh Park are a group of active women who defend the rights of political prisoners and their families.