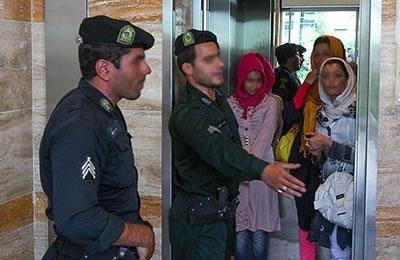 State security forces have recently stepped up their clampdown on women engaged in modelling and advertisement of women’s clothing.

On September 7, 2016, Hassan Heydari, deputy prosecutor of Mashhad, reported that women engaged in such activities are sentenced to prison terms.

Heydari said: Eight complexes engaged in the modelling business in Mashhad had been sealed and 30 people summoned. Eight shops have been sealed as well. Based on the Islamic Penal Code, these people might be sentenced to jail for between one and 10 years. (State-run Tasnim news agency, September 7, 2016)

On August 27, 2016, the IRGC public relations in Kurdistan reported that the IRGC had dealt with 50 social network managers and directors on the internet who had “criminal activities to expand the culture of not wearing veil. By monitoring their activities in the Instagram and Telegram, more than 50 people engaged in modelling have been identified and dealt with.” (State-run ShomaNews website, August 30, 2016)