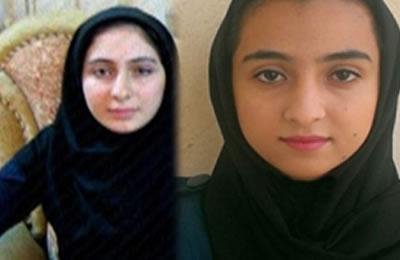 Lavin Karimi, student of management, has been arrested and detained for collaborating with a dissident Kurdish group.

Ms. Karimi was arrested on August 15, 2015, and interrogated under vicious conditions for 45 days. The revision court sentenced her to three years in jail and she has been banished to the Prison of Hamedan.

An informed source said the judge presiding the case, told her that she could not have any visits up to one year.

In another development, the officials of the Dept. of Intelligence of Mahabad informed Manijeh Fatehi’s family after six months that the 22-year-old student was imprisoned in the detention center of Mahabad’s Intelligence Department.

Ms. Fatehi’s family visited her on September 4, 2016, for only 20 minutes under tight control. She was in dire health conditions and was not able to explain the reason for her arrest.

Manijeh Fatehi was arrested on March 5, 2016, in Boukan by the Department of Intelligence.